MARTIAL ARTS FOR BOTH CHILDREN AND ADULTS!

Taekwondo vs Karate: Which Martial Arts Style is Better and Why 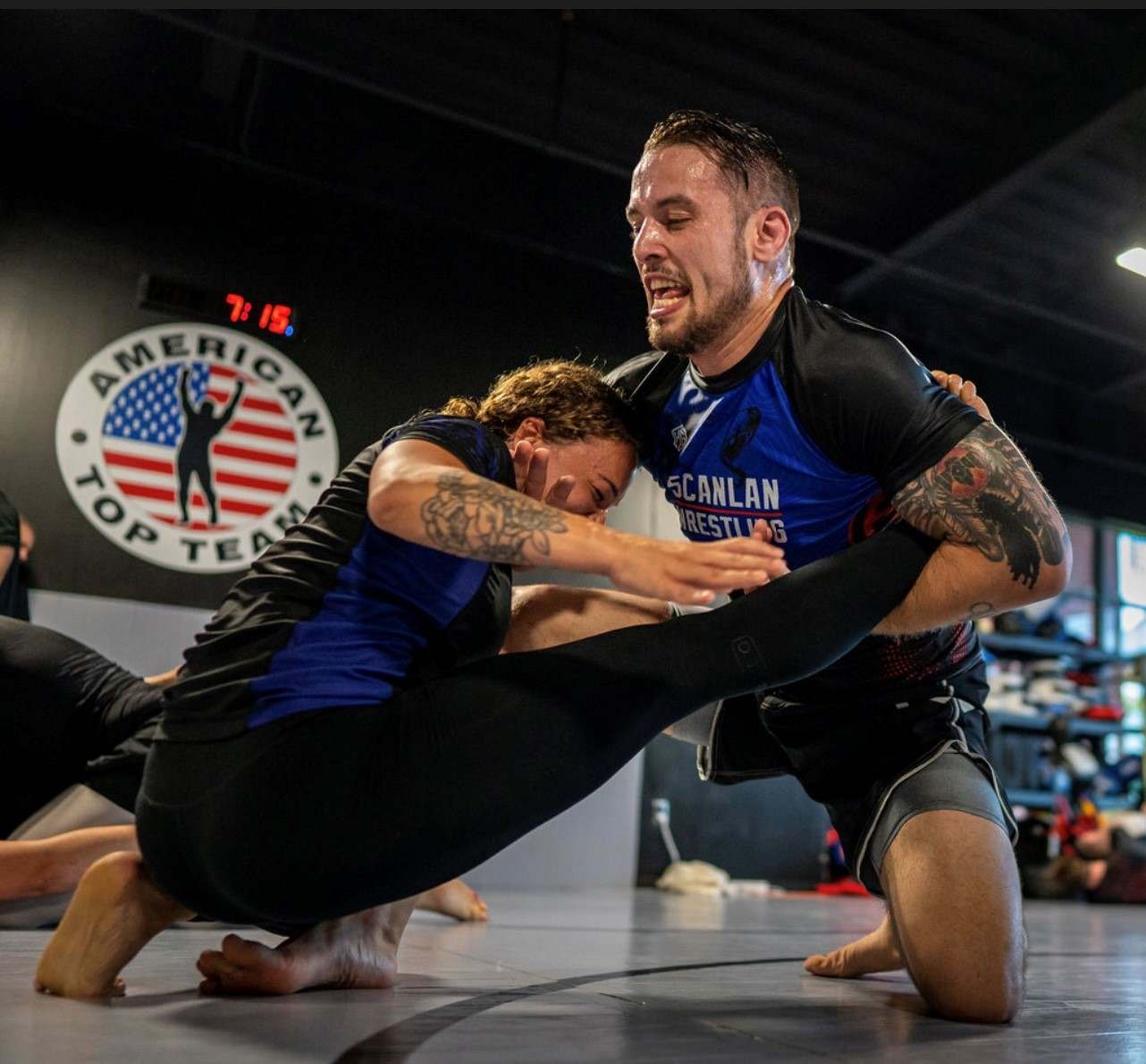 The Difference Between Taekwondo and Karate 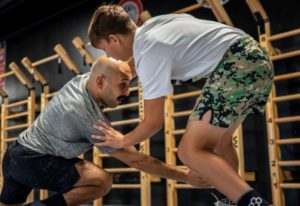 The most basic difference between karate and taekwondo is the matter of kicks and punches. Think of the shuto uchi, or the famous “karate chop” you’ve seen in movies – karate uses hand combos primarily, and then kicking is a backup. Taekwondo is the exact opposite- it puts an emphasis on kicking and uses hand combos as the backup. Taekwondo has more diversity in combos as well, like spinning and jumping kicks.

Origins of Taekwondo and Karate 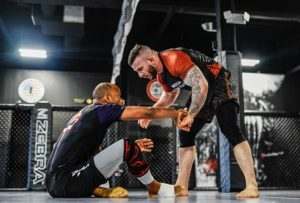 When picking which form of self-defense you want to study, it can be helpful to consider the origin. You might be wondering, “Is karate and taekwondo the same?” The answer is no, they are not the same. Karate is a Japanese martial art, while Taekwondo is a Korean martial art. Although they are both martial arts that focus on punches, kicks, and blocks, they have different origins and techniques. Karate is older than taekwondo and is based more on linear movements, while taekwondo is based more on circular movements. Taekwondo also uses more foot techniques than karate. However, both karate and taekwondo are great for self-defense and can be practiced by people of all ages.

Karate started later but became a pop culture phenomenon, while taekwondo has been established for thousands of years. Even though Mr. Miyagi made karate famous in our pop culture, it actually originated in Japan. It started around 500 years ago to, as the story goes, stop the use of weapons on the island of Okinawa so that the king could prevent war. The Japanese started using hand-to-hand combat to protect themselves instead of weapons, and karate was born- hand-to-hand fighting. Taekwondo goes back even further to 50 B.CE. in Korea. It’s all in the name – tae means kick, kwon means punch, and do means, well, doing things. So taekwondo literally means practicing self defense with your entire body – it’s known as the art of the foot and hand. Interestingly, when Japan took over Korea in the 1900’s, the Japanese actually declared taekwondo totally illegal. Japanese renegades practiced the martial arts form in secret, and it’s thanks to them that we can still practice taekwondo today.

Taekwondo vs Karate: So what is the difference between karate and taekwondo? It’s the difference between the two sides of your body—hands,  arms, and legs, or feet. Karate means “empty hands,” pointing to the fact that it’s a martial arts form relying heavily on the use of your hands sans weaponry. There’s a certain focus on stamina and mental strength because one of your only forms of protection when practicing is your mind. Karate students learn lots of hand techniques and combinations while keeping kicks on deck as a last resort. Karate is best for when you’re close to an opponent and need that hand-to-hand combat advantage. On the other hand, taekwondo emphasizes the legs, chiefly because the leg is the longest and strongest weapon on the body. Kicks in taekwondo are very powerful for striking your opponent. Students of taekwondo learn spin kicks and a number of different kicking combinations while using hand techniques if necessary. Taekwondo is perfect if your opponent is at a distance, because you can utilize the length of your legs against them.

Many people often ask is karate and taekwondo the same. The answer is no, they are two different martial arts. Karate is a striking art that uses punches, kicks, elbows and knees strikes, and open hand techniques such as palm-heel strikes and spear-hand strikes. Taekwondo is a kicking art that uses mainly kicks but also employs some punches, elbow strikes, and open hand techniques. The main difference between the two is the focus on striking vs kicking. Karate relies more on counterattacks than offense while taekwondo focuses more on offense than defense. Because of this difference in focus, the techniques employed in each art differ as well. Another difference is that karate is primarily a solo martial art while taekwondo is usually practiced in pairs or groups. This is because karate places more emphasis on individual development while taekwondo focuses on developing teamwork and cooperation. Ultimately, both karate and taekwondo are great martial arts to learn but it really depends on what you are looking for in a martial art as to which one is right for you.

Competing in Taekwondo and Karate

Both karate and taekwondo are not only practical and effective martial arts forms, they provide opportunities for competition and advancement that can truly push you to grow. They both require serious mental and physical strength and stamina just like other martial arts classes, which is why so many in Ashburn enjoy the rewards of hard work paying off at belt ranking and in competition. There is a difference between taekwondo and karate competition rules. Karate competition rules are a bit more complicated, while taekwondo rules are straightforward. In a karate competition, you can strike to the head, neck, face, chest, side, abdomen and back. The karate judges have a list of criteria that need to be followed in order for the match to be considered a win, like good form, accurate distance, and good timing. Taekwondo competitions are more to-the-point. A taekwondo martial artist gets 3 points for a kick to the head, 2 points for a spinning kick to the opponent’s torso, and one point for a basic attack on their torso.

To be honest, karate or taekwondo will both get you super fit and in shape really quickly. They’ll both teach you self defense skills that you can use to defend yourself against an attacker. And they’ll both teach you to keep going no matter what, respect yourself and others and gain confidence like never before. So which is better, karate or taekwondo? Well, the best one for self defense is the one YOU take the initiative to do. Doing nothing will result in nothing! So come and try martial arts with our American Top Team Ashburn staff here in Ashburn for yourself- you’ll LOVE it!

Discover why parents love our Kids Wrestling Program in Ashburn. It's the perfect blend of gross motor skills, personal development, and character enrichment, and gives your little one an edge when they enter a busy school setting.

Parents LOVE our Ashburn Middle School & High School Wrestling program because it teaches not only self defense, but also vital life skills like focus, discipline, respect, and more! Watch your child's confidence flourish and their grades improve with this awesome Child Greatness program.

Looking for a FUN after school activity that teaches major life lessons, too? Look not further than our Ashburn Kids & Teens Jiu Jitsu Classes! Our sneaky, ninja-like instruction infuses self defense with incredible life skills like focus, respect, confidence, and more!

Our Ashburn Adult Jiu Jitsu classes are no joke! If you're ready to ramp up your fitness like never before, learn real-world self defense skills and make new friends while you learn Adult Jiu Jitsu, this is the program for you!

Parents LOVE our Kids & Teens Boxing/Muay Thai Classes in Ashburn because they're so much more than self defense. Our classes teach kids important life skills that they'll use in school and beyond- and they'll have a blast along the way.

Turn your body into a self defense machine with Adult Boxing/Muay Thai classes in Ashburn! Punch, kick, elbow and knee your way to a powerful physique and learn this life-saving skill.

Combining confidence-raising fitness and life-changing self defense, our Ashburn Kids & Teens MMA program keeps your teen's wellness and happiness in mind. It's time to get your teenager active, making new friends and bettering themselves.

Our Ashburn Adult MMA program combines next-level fitness with next-level FUN- no more boring workouts! It's time to switch up your routine and get the results you've been looking for in an awesome community of like-minded people.

After School Program
in Ashburn

Find out why parents in Ashburn LOVE our After School Program. Imagine every day after school, while you work, your child is safe... and learning amazing skills for life.

Fill out the form below to

Get Your Spot Now!